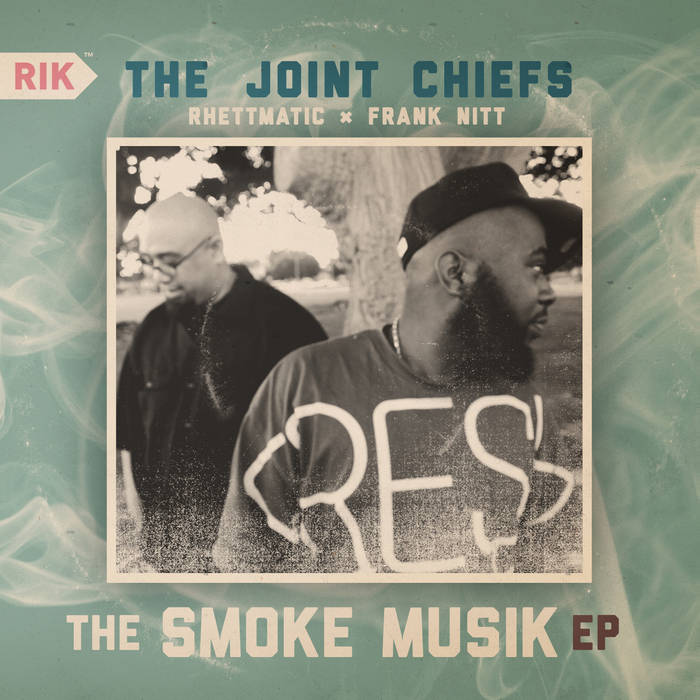 In honor of keeping a tradition alive of dropping some free music on my birthday (May 10) as a way of saying "Thank You" to anyone that has supported my music & my musical career, I wanted to share this unreleased 2008 project that I did with my good friend, Frank Nitt of Frank N Dank fame. We only made 8 songs with some skits in between & no one has ever heard this EP until now. This was made on saw "raw sh*t" vibe, not giving a f*ck...we even played this EP for a certain "Beat Conducta" while we would hang out at The Do-Over during the summer of 2009, hence the "What's up to Otis" line in the Intro song. Our unreleased EP would also be the catalyst & sparked the collabo between Frank & Mr. Otis Jackson Jr ("Medicine Show #9: Nittyville").

I met Frank at the Jaylib "McNasty Filthy" music video shoot with Dilla & Dank Harvery. We bonded when we went on an European tour with Dilla on his last tour ever (See the Frank N Dank's "European Vacation" DVD), and from there, we've become like brothers.

Fast foward to 2008, Frank was out in Los Angeles for a short period of time...I was still living in Long Beach at the time as well. We always talk about doing some music, but never got around to it until Frank called me out on it and suggested that he crashes at my pad for a few days and we just straight work on music. And that's what we basically end up doing. It was pretty organic and reminded me how our generation would used to do working on music...collab in the same room and finish the song; be in the same recording studio til the break of dawn. Not like how you can do these days and just email a beat & verse back and forth with such ease and kinda lose the interaction aspect. So the process would be is that I would make a beat on the spot in my home studio, while Frank is playing video games in the other room...and when i felt i have something substantial, Frank would get to work and start writing lyrics. As soon as he finished, I would record his verses, then if needed a scratch hook, I would dig in the crates to look for lines & lay scratches, then do a rough mix...and then we start the process all over again. We basically made 2 songs a day then go out at night just to get a breather. It was fun recording this EP because there was no pressure or anything; just make music that we like...whatever we made, that's how it we left it as. Frank's homeboy from Detroit, SERIOUS, was in town and we had him dropped a verse on one of the songs, as well as the homie M.E.D. to do a guest spot. Now mind you, throughout the whole day during the creative & recording process, Frank would be rolling up all these blunts, and we would be chiefing on some "Medicinal Herbs" all day. So hence the title of this EP, "Smoke Musik"...

We talked about making a full album at that time but we both got busy; Frank was either touring in Europe solo, or with Dank or Illa J. As for myself, I ended up working with my other brother from another, Jamal Bufford aka Buff1, on an album that would eventually become the debut of "Crown Royale", as well as dealing with the passing of my father in 2009. Of course I would eventually release one of our songs in 2012 just to let people know we did a collabo.

Anyways, this was a brief history synapsis of this project and another LA/Detroit collabo to add to the Caltroit history...Thank you for taking the time to download and listen to the EP; hopefully you good folks enjoy this little piece of work, and smoke one while you bang your head against the speakers...

A Big Thank You to my brother Frank Nitt (Make sure you pick up the new Yancey Boys album with Dilla, Frank, & Illa J on Delicious Vinyl sometime this year when it drops!), M.E.D., SERIOUS, L-Rox, kyLA Wright & FWMJ of Rappers I Know.

Mastered by Lui Franco aka L-Rox for Red Secta Mastering